Along the Appalachian Trail in Georgia, North Carolina & Tennessee - ON SALE! 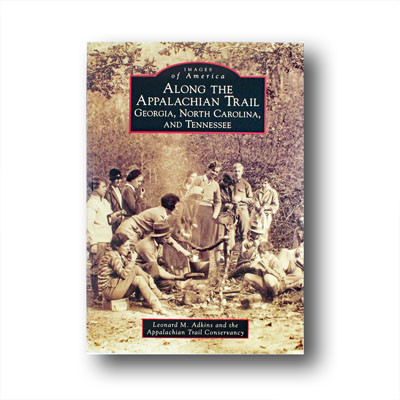 Along the Appalachian Trail in Georgia, North Carolina & Tennessee - ON SALE!

More than 200 photographs explore the near-parallel developments in the deep South of the A.T., Great Smoky Mountains National Park, and the Blue Ridge Parkway. Covering some the East’s highest and most rugged terrain. Leonard M. Adkins is well-acquainted with the Trail having hiked its entire length five times, as well as assisting the ATC as a Natural Heritage monitor, ridge runner, and serving on the boards of directors for two Trail clubs. He also received the 25-year volunteer award from the ATC.

The more than 200 vintage photographs of Along the Appalachian Trail: Georgia, North Carolina, and Tennessee have been culled from the Appalachian Trail Conservancy, national park Service, local trail maintaining clubs, state archives, and historical societies. They illustrate the sweat, toil, and dedication that went into building the trail over some of Eastern America’s highest and most rugged terrain. Also chronicled are the people who lived along the trail’s route, those who volunteered to physically build it or lobby for its creation, and the many relocations that have moved the pathway to optimal locations.