The Trail of My Life: The Gene Espy Story - ON SALE! 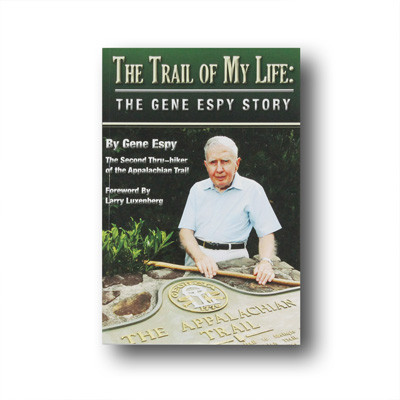 The Trail of My Life: The Gene Espy Story - ON SALE!

The second thru-hiker of the Appalachian Trail, a 24-year-old from Cordele, Georgia, back in 1951, weaves that story into an autobiography of a life of challenges and spiritual rewards.

In recent years there have been many tales of life on the Appalachian Trail. The Trail has become synonymous with the call of the wilderness, the test of one’s endurance, the ultimate escape from modern life. But back in 1951, when a twenty-four year old named Gene Espy from Cordele, Georgia, decided he wanted to walk the entire Appalachian Trail in one long hike, only one other person had ever done it. The Trail for the thru-hiker was virtually un-tested, waiting to be conquered.The Trail of my Life is the story of one man’s journey from Georgia to Maine along the now-famous Appalachian Trail. But it is more than that. From an early age, Gene Espy sought and found adventure – whether biking, boating, hitch-hiking, spelunking, or motorcycling. At every bend of the road, there was another challenge. The Trail, of course, was the greatest challenge of all. Gene was a pioneer among the 13,000 hikers of the entire trail, encountering much more solitude, wilderness, and difficulties in his hike than today’s hikers face.